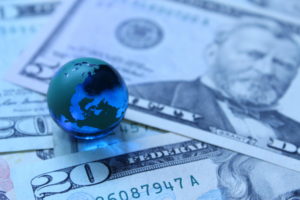 In December, the IRS issued final regulations that treat a domestic disregarded entity that is wholly owned by a foreign person as a domestic corporation separate from its owner for purposes of the reporting, record maintenance, and associated compliance requirements that apply to 25-percent foreign-owned domestic corporations under section 6038A of the Internal Revenue Code.  A link to the final regulations is available here.  The new regulations will apply to taxable years of entities beginning on or after January 1, 2017.

Under the check-the-box regulations of § 301.7701, certain entities, such as a U.S. LLC, that have a single owner and are not classified as a corporation, are generally disregarded for federal tax purposes—that is, they are disregarded as separate from their owner.  Such entities, therefore, generally don’t have reporting obligations and don’t need to obtain an EIN.

However, under the new final regulations, a domestic entity that is wholly owned by a foreign person and that is otherwise disregarded under the check-the-box regulations of § 301.7701 is nonetheless recognized (i.e., treated an an entity separate from its owner and classified as a domestic corporation for purposes of section 6038A).  As a result, such entities will be required to file Form 5472, Information Return of a 25% Foreign-Owned U.S. Corporation or a Foreign Corporation Engaged in a U.S. Trade or Business.  In order to do so, they will now need to obtain an EIN by filing a Form SS-4 disclosing information about the ultimate owner.

The new reporting obligations mark a major change and are, in part, designed to increase transparency and promote the IRS’s ability to share information with the country’s FATCA partners.  Non-compliant taxpayers may face steep penalties.

For the reader’s reference, below is the introductory revision to the applicable regulations, which are available here.