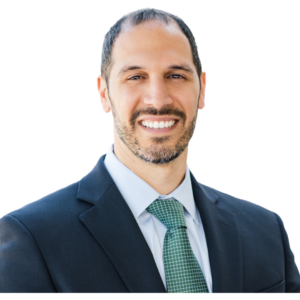 CCM 202302012 states that digital assets are defined in section 6045(g)(3)(D) as digital representations of value that are recorded on a cryptographically secured distributed ledger. Such assets include, but are not limited to, property that the IRS has described as convertible virtual currency and cryptocurrency.[3] Section 170 allows a deduction for charitable contributions defined in section 170(c) for the taxable year the contribution is made but such contribution must be verified under regulations prescribed by the Secretary.[4] To claim the charitable contribution deduction the taxpayer must satisfy substantiation requirements.[5] Where the taxpayer claims a deduction of more than $5,000 for property contributed, the taxpayer must obtain a qualified appraisal[6] of such property for the taxable year in which the contribution is claimed and provide such information regarding the property and the appraisal as is required by the Secretary.[7]

However, there are exceptions to the requirement to obtain a qualified appraisal. For instance, donations of readily valued property such as cash, stock in trade, inventory, property primarily held for sale to customers in the ordinary course of business, publicly traded securities, intellectual property, and certain vehicles do not require a qualified appraisal.[8] The term publicly traded securities is defined in Treas. Reg. § 1.170A-13(c)(7)(xi) by reference to section 165(g)(2) which defines it as a share of stock in a corporation; a right to subscribe for, or to receive, a share of stock in a corporation; or a bond, debenture, note, or certificate, or other evidence of indebtedness, issued by a corporation or a government or political subdivision thereof, with interest coupons or in registered form. Chief Counsel Memorandum 202302012 states that the cryptocurrency at issue was none of the items listed in the definition of publicly traded securities in section 165(g)(2).

Chief Counsel Memorandum 202302012 determined that no exception to the qualified appraisal requirements of section 170(f)(11) applied because the cryptocurrency at issue was not cash, a publicly traded security, or any of the other types of property listed in section 170(f)(11)(A)(ii)(I) and Treas. Reg. § 1.170A-16(d)(2)(i). Accordingly, because the taxpayer’s claimed charitable contribution deduction was over $5,000, she was required to obtain a qualified appraisal.

Nonetheless, section 170(f)(11)(A)(ii)(II) provides that the deduction shall not be denied if it is shown that the failure to comply with section 170(f)(11)(B), (C), or (D), was due to reasonable cause and not willful neglect. Generally, reasonable cause requires the taxpayer to exercise ordinary business care and prudence as to the challenged item.[9] The IRS noted that the taxpayer partially completed a Form 8283, and on page one of that form, it mentions “appraisal”, “appraiser”, or “appraised” four times which indicates that substantial non-cash contributions require an appraisal. Reasonable cause does not apply to give taxpayers the option of whether to obtain a qualified appraisal when an unsuccessful attempt was made to comply with the requirements of section 170. Claims that the cryptocurrency at issue had a readily ascertainable value because it was listed on an exchange is not reasonable cause for failing to get a qualified appraisal.

As we explained in a prior post on claiming cryptocurrency losses, under section 165(g) if a security that is a capital asset becomes worthless during the taxable year, the loss is treated as a loss from the sale or exchange of a capital asset. Section 165(g)(2) defines a security as a share of stock in a corporation; a right to subscribe for, or to receive, a share of stock in a corporation; or a bond, debenture, note, or certificate, or other evidence of indebtedness, issued by a corporation or a government or political subdivision thereof, with interest coupons or in registered form. Chief Counsel Memorandum 202302011 states that the cryptocurrency at issue is none of the items listed in section 165(g)(2).

The IRS noted that while the cryptocurrency at issue substantially decreased in value, it still had a value greater than zero, continued to be traded on at least one cryptocurrency exchange, and taxpayer did not sell, exchange, or otherwise dispose of the cryptocurrency. Moreover, the determination, quoting case law, states “[t]he mere diminution in value of property does not create a deductible loss. An economic loss in value of property must be determined by the permanent closing of a transaction with respect to the property. A decrease in value must be accompanied by some affirmative step that fixes the amount of the loss, such as abandonment, sale, or exchange.” A loss may be sustained if the cryptocurrency became worthless resulting in an identifiable event that occurs during the tax year for purposes of section 165(a).

However, worthlessness is a question of fact.[10] As interpreted under tax cases involving securities, worthlessness depends on two factors (i) the current liquidating value of the stock, and (ii) what value it may have in the future through the foreseeable operations of the corporation. Courts have stated that both measures of value must be worthless before the loss can be definitely fixed.[11] The IRS ruled that the cryptocurrency at issue was not worthless because it continued to be traded on one cryptocurrency exchange, allowing the possibility that it might, in the future, increase in value. Accordingly, CCM 202302011 concludes that the cryptocurrency was not worthless as a result of its decline in value and taxpayer did not sustain a bona fide loss in 2022 as a result of worthlessness.

The IRS noted the rule under Treas. Reg. § 1.165-2(a), which is that a taxpayer sustains a loss under section 165(a) for obsolescence or loss of usefulness of non-depreciable property if (i) the loss is incurred in a business or a transaction entered into for profit, (ii) the loss arises from the sudden termination of usefulness of the business or transaction, and (iii) the property is permanently discarded from use or the transaction is discontinued.[12]

Takeaways from the Chief Counsel Memoranda

As a threshold matter, neither of these CCMs should be interpreted to broadly apply to every type of cryptocurrency. Both Chief Counsel Memoranda are limited to the specific cryptocurrency that was at issue in each fact pattern. For instance, while the specific cryptocurrency at issue in CCM 202302012 did not qualify as a publicly traded security for purposes of Treas. Reg. § 1.170A-13(c)(7)(xi) and section 165(g)(2) which would have excepted the taxpayer from the requirement to obtain a qualified appraisal, other cryptocurrencies may qualify under the definition of publicly traded security in Treas. Reg. § 1.170A-13(c)(7)(xi) and section 165(g)(2). We know from public statements of various SEC officials that they do not consider Bitcoin or Ethereum as securities. Thus, any other cryptocurrency would need to be analyzed to determine whether in substance, the asset is a security. That analysis may include a consideration of the factors in SEC v. W.J. Howey Co., 328 U.S. 293 (1946). Additionally, the IRS’s statement that the price of a cryptocurrency on an exchange does not substantiate the deduction and nonetheless requires a qualified appraisal, is likely broadly applicable to any donated cryptocurrency and not just the specific cryptocurrency that was at issue in the CCM. However, if a cryptocurrency qualifies as a security and is traded on a public exchange it should fall within the publicly traded security exception which would except it from the qualified appraisal requirement.

The results of the CCMs are not surprising; however, they provide taxpayers with some insights as to how the IRS views certain cryptocurrencies in these specific contexts. Taxpayers should stay tuned as there is likely to be additional crypto guidance released throughout the year in the wake of the crypto winter.

If you need assistance with claiming tax losses with respect to Cryptocurrency or Digital Assets that were held in custodial accounts or cryptocurrency, digital asset, or blockchain tax matters, Freeman Law can help you navigate these complex issues. We have experience analyzing and documenting tax losses arising from cryptocurrency or digital assets. We offer value-driven services and provide practical solutions to complex tax issues. Schedule a consultation or call (214) 936-3569 to discuss your tax concerns.