The IRS is now well into its initiative to add 700 audit and enforcement personnel, in what IRS Commissioner Koskinen recently called the Service’s “first significant enforcement hiring in more than five years.” The new hires are designed to fill key gaps in the IRS’s enforcement workforce that have been created by years of attribution, largely due to budget cuts and hiring freezes in recent years. The initial wave of new IRS enforcement employees will include revenue agents, revenue officers, and other enforcement positions (primarily in the IRS’s Small Business and Self-Employed group, or SB/SE), as well as IRS Criminal Investigation special agents. The second wave of employees, which will come later this year, will focus on certain high-profile enforcement areas, including international tax issues, refund fraud, and identit 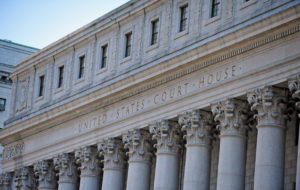 Last year, the IRS’s audit rate for individuals dropped to its lowest level in a decade. The IRS intends to change that—and with the new-hire initiative, that trend will be headed in the other direction. As a result, audits and collection activities will soon be on the rise, and IRS criminal investigations will see an uptick as well.

The IRS Commissioner, commenting on the soon-to-be-increased IRS workforce, focused on the expected return from increased IRS enforcement:

To put this in perspective, this will be our first significant enforcement hiring in more than five years. This is a good development for our tax system. When you look at the IRS overall, every dollar invested in us returns at least $4 to the Treasury. The numbers are even higher when it involves enforcement. Each enforcement position typically returns almost $10 to the U.S. Treasury for every dollar spent — and in many instances, much more.

Of course, the new hires come amidst continued IRS budget debates, and because of that, the Commissioner has faced some tough questions about how the agency came up with the funding for the new hires. Regardless, the new enforcement employees will join the more than 1,000 new W&I employees that were recently added after Congress provided $290 million last year for specific IRS needs. Particularly depending on this year’s elections, more hiring initiatives could follow, and that, of course, could spell even greater IRS enforcement activity on the horizon.