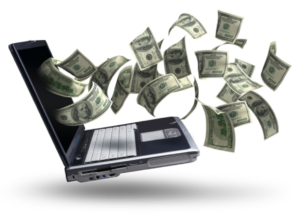 On February 24, 2016, the President signed into law the Trade Facilitation and Trade Enforcement Act of 2015 (“TFTEA”), which permanently bans state and local jurisdictions from imposing taxes on Internet access or imposing multiple or discriminatory taxes on electronic commerce. The act made permanent a temporary moratorium on such taxes that has been in place—thanks to multiple short-term extensions—since the Internet Tax Freedom Act of 1998 (“ITFA”). Notably, the new act phases out a “grandfather” clause that has protected a handful of states (Texas is among them), allowing those states to tax Internet access despite the general ban against such taxes. Under the TFTEA, that right will be phased out by June 30, 2020, and states like Texas (in fact, Texas more than any other state) will feel the tax-revenue impact.

While the act furthers many important goals, like ensuring that low-cost Internet access is available to low-income households, the permanent extension of the ITFA’s ban against state and local taxes on Internet access also challenges the principle that states should be free to determine their tax bases (so long, of course, as they stay within constitutional bounds). Federal prohibitions like the ITFA, which remove an entire tax base from state taxation—generally as an exercise of Congress’s “Commerce Clause” authority—are actually quite rare, and they implicate the delicate balance of power between the federal and state governments.

The extension of the ITFA may also give rise to some interesting tax disputes in the future. For example, traditional telecommunications services are generally fair game for state taxation. And they are a significant source of many states’ tax revenues, being subject, on average, to substantially higher overall tax rates than are other goods and services. But as many elements of our economy evolve away from conventional telecommunications delivery models towards ITFA-protected broadband, state tax bases may begin to shrink even more as a result of the act. This may prompt some states (particularly those that have, to date, enjoyed grandfather status) to advance aggressive interpretations of the ban. And on the other side of the coin, taxpayers (again, particularly taxpayers in grandfathered states) may find opportunities to challenge some state taxes as, in effect, indirect taxes on Internet access services.

The Beginnings of the Ban

The ITFA was first enacted in 1998. At the time, it provided for a three-year moratorium on the taxation of Internet access by states and local jurisdictions. Notably, however, it contained a “grandfather” exception for states that imposed and enforced a tax on Internet access prior to October 1, 1998. While there were originally thirteen “grandfathered” states, several voluntarily eliminated such taxes, and the number of grandfathered states dropped to seven. Those seven states—again, Texas is among them—currently collect over $500 million a year from taxes on Internet access, and it is estimated that other states forego some $6.5 billion annually by not imposing such taxes.

At the time of the ITFA of 1998, the Internet (as a public phenomenon) was still in its commercial infancy. At that time, the Department of Commerce estimated that less than 20 percent of United States households had Internet connections. The then-temporary moratorium was, therefore, largely viewed as a necessary step to incubate and protect the fledgling Internet industry, and to allow for the development of a fair, uniform, and coordinated sub-federal taxing regime.

While the ITFA was originally poised to sunset three years after its enactment, it was extended multiple times over an 18-year period. And despite the fact that the Internet is obviously no longer a fledgling, nascent industry, the ITFA’s provisions were finally made permanent in 2016, indicating that lawmakers may now favor other justifications for the ban.

Interestingly, the permanent extension of the ITFA in 2016 was not particularly highly publicized, even in the tax world. Perhaps, at least in part, that is because it came on the heels of other recent, higher-profile political debates on internet-related issues—debates on everything from cybersecurity and data privacy to big-picture debates about net neutrality and spectrum policy. But the permanent extension of the ITFA is an important development—and one that, while widely supported, has garnered differing points of views.

Those who have long favored the permanent extension of the moratorium cite the continued need to protect and foster the growth and use of the Internet, perhaps history’s greatest political, cultural and economic engine and invention to date. Such proponents particularly note the Internet’s power as a democratizing force. In that vein, they cite the fact that demand for Internet access is elastic, and even a small increase in its cost could unduly limit access in lower income households, widening the so-called “digital divide” between those with access and those without.

Proponents of the new act also cite the fact that, without the permanent ban on such taxes, Internet Service Providers would be required to comply with unique tax rules across thousands of state and local taxing jurisdictions. These tax compliance nightmares—a problem in their own right—would, as a byproduct, indirectly drive up the cost of Internet access, exacerbating the first concern.

On the other side of the debate, however, some have been quite critical of the moratorium. The list of formal opponents against the ban includes the National Governors Association, the National Association of Counties, and the Multistate Tax Commission, among others. Some such opponents have pointed out that the reasons for the original moratorium no longer exist—the Internet simply no longer needs the protections that the moratorium was originally designed to provide. It is now a ubiquitous part of our economy and day-to-day life: people will use it regardless, so states should be free to tax it, they say. These opponents also cite the fact that Internet access has thrived even in states that have continued to tax Internet access under the ITFA’s grandfather clause.

Opponents of the ban also argue that prohibiting states from imposing taxes on specific categories of transactions infringes on traditional notions of state sovereignty and taxing authority—it represents, in other words, a shift of power from the states to the federal government. States have traditionally enjoyed significant autonomy to choose their tax base, as long as they do not run afoul of the Constitution. Congressional bans against state taxes (like the ban here) set a precedent of sorts and raise the classic slippery-slope question: What tax base might Congress ban next?

Finally, opponents of the ban also argue that it creates an unfair economic playing field and distorts market choices by giving a competitive advantage to providers of services that are delivered through the Internet. An often-cited example is the difference between a traditional telecommunications phone service, which is generally taxable, and services like Skype, whose users may escape taxation if Internet access is not taxed. The two models provide similar services, though they are delivered through different technological mediums. One, however, is subject to tax and the other is not. Opponents of the ban argue that this kind of inequality violates the fundamental tax policy norm of horizontal equity, which holds that tax systems should treat similarly-situated taxpayers in the same manner.

The TFTEA’s permanent extension of the ITFA’s ban against state and local taxation of Internet access and multiple or discriminatory taxes on electronic commerce is a significant development in the state and local tax world—and in the tax policy world in general, for that matter. Although supported by many, it is not without its detractors, and it raises interesting policy issues.

While the act furthers important and fundamental goals that actually go to the heart of our democratic values, it also pushes on a pressure point when it comes to the balance of power between the federal and state governments. And its ultimate fiscal consequences remain to be seen. It will certainly have an immediate impact on grandfathered states like Texas once that status is phased out, but other states may also see shrinking tax bases as technological innovation drives an economic shift from conventional telecommunications delivery models to ITFA-protected mediums.

Freeman Law works with clients across all industries, including manufacturing, services, technology, oil and gas, financial services, and real estate.

Schedule a consultation or call (214) 984-3410 to discuss your tax concerns and questions.