Held Captive: Micro-Captive Insurance in the Aftermath of Avrahami 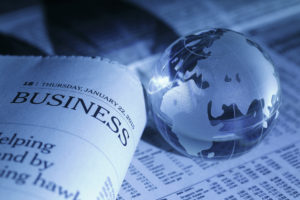 Held Captive: Micro-Captive Insurance in the Aftermath of Avrahami

The IRS recently notched a victory in the much-anticipated Tax Court decision of Avrahami v. Commissioner—the first micro-captive insurance decision to go to press.  The court’s 105-page opinion dealt a blow to the micro-captive insurance industry, which has been under increased IRS scrutiny in recent years.  And with several similar cases still in the pipeline, some have questioned whether it may be a harbinger of things to come.

The use of captive insurance companies has grown in popularity over the years and there are many legitimate captive and micro-captive insurance arrangements.  For instance, the overwhelming majority of Fortune 500 companies utilize captives.  And many mid-size and smaller companies have legitimately employed them as well.  But the IRS has placed micro-captives under scrutiny in recent years, adding certain micro-captive arrangements to its Dirty Dozen list of tax scams and declaring them “transactions of interest” in Notice 2016-66.  For better or worse, the recent win in Avrahami is likely to embolden the Service in its attack.

Premiums paid for insurance in connection with a trade or business are generally deductible under section 162(a) of the Code.  In contrast, amounts that are merely set aside as a loss reserve—a form of self-insurance—are not deductible.  This distinction is one of the fundamental legal issues in the captive context.

There is, however, a wrinkle for certain small insurance companies—an alternative tax regime that was added to the Code as part of the Tax Reform Act of 1986.  Where available, section 831(b) provides an elective “micro-captive” tax regime that allows a qualifying insurance company with less than $2.2 million in annual net written premiums to exclude premiums from income.  This $2.2 million threshold was recently increased from $1.2 million under the Protecting Americans from Tax Hikes (PATH) Act of 2015.  The PATH Act also introduced certain new requirements to obtain micro-captive status that are beyond the scope of this article.

The use of captive insurance companies has grown remarkably in recent decades.  Fred Reis is traditionally credited with popularizing the concept when, in the 1950s, he helped Youngstown Sheet and Tube establish a captive in response to soaring commercial-insurance prices.  The concept revolutionized the insurance industry.

A pure captive insurance company only insures the risks of related companies.  Because the insured and insurer are related, such arrangements can sometimes blur the line between deductible insurance and non-deductible self-insurance. Over time, the IRS began to focus its attention on payments to captives, challenging whether such payments were deductible insurance expenses.  For years, this has been one of the central issues in the captive context.

Remarkably, neither the Code nor the regulations define “insurance” for federal tax purposes.  As a result, the development of its meaning has largely been left to the courts.  The Supreme Court first articulated a definition of “insurance” for tax purposes in Helvering v. Le Gierse, 312 U.S. 531 (1941).  That case and its progeny have given rise to four factors that determine whether an arrangement constitutes “insurance” for federal tax purposes: whether the arrangement involves (1) insurance risk, (2) risk shifting, (3) risk distribution,  and (4) commonly accepted notions of insurance.

Insurance Risk.  As the Tax Court has held, “[b]asic to any insurance transaction must be risk. . . . If no risk exists, then insurance cannot be present.”[1] Thus, where a transaction is structured in a manner that eliminates insurance risk, the arrangement does not constitute insurance for federal tax purposes.  This was the case in LeGierse, where the taxpayer and insurance company simultaneously entered into an annuity contract and insurance contract that the court found counteracted each other’s risks, leaving only an “investment” risk, which is distinct from an insurance risk.  The IRS has also questioned whether certain types of insured risks are, in fact, valid risks faced by the taxpayer: For example, tsunami insurance for a company in the MidWest, or terrorism insurance for a business in a rural area.  In such cases, the IRS may challenge whether a valid insurance risk actually exists.

Risk Shifting. Risk shifting occurs when a taxpayer facing the possibility of an economic loss transfers some or all of the financial consequences of the potential loss to an insurer.  Courts have looked to several factors to determine whether a risk of loss has effectively been transferred.  Perhaps chief among those factors is whether the insurance company is adequately capitalized.  An undercapitalized insurer would lack the ability to satisfy its obligations, leaving the risk with the taxpayer.  Likewise, contractual caps on an insurer’s liability or indemnification agreements by related parties may also jeopardize the presence of risk shifting.

Risk Distribution. Risk distribution, a separate and distinct element that is necessary to constitute “insurance,” is focused on whether the captive insurance company has sufficiently spread its risk of loss.  That is, has it pooled a sufficiently large collection of unrelated risks to distribute its risk among others.  The concept incorporates the statistical phenomenon known as the law of large numbers, a theory that postulates that the average of a sufficiently large number of independent losses will approximate the expected loss.  Courts tend to place an emphasis on factors such as the number of parties insured, the types of risk exposures insured, and the portion of premiums received from unrelated parties.

Insurance in the Commonly Accepted Sense. Finally, courts look to whether the arrangement constitutes insurance in the commonly accepted sense.  To address this question, courts have traditionally looked to whether the company is organized and operated as an insurance company and regulated as such, as well as whether its premiums were the result of arms-length transactions and actuarially determined.  In addition, courts consider other factors, such as whether the insurance policies were valid and binding, whether the premiums were required to be (and were, in fact) paid timely, and whether loss claims were timely satisfied.

The taxpayers in Avrahami, Mr. and Mrs. Avrahami, owned several shopping centers and jewelry stores.  In 2006, the Avrahami entities spent about $150,000 insuring them.  In 2007, they formed Feedback Insurance Company, Ltd., an insurance company incorporated in St. Kitts.  Feedback made an election under section 953(d) to be treated as a domestic corporation for federal income tax purposes, and elected to be treated and taxed as a small insurance company (a micro-captive) under section 831(b).  During 2009 and 2010, the years at issue, the Avrahami entities deducted insurance expenses of about $1.1 million and 1.3 million, respectively—most of which was paid to Feedback.  Consistent with its election under section 831(b), however, Feedback only paid income tax on its investment income—not premiums.

The IRS challenged whether the arrangement with Feedback satisfied the criteria for “insurance” for federal tax purposes, arguing that the amounts paid to Feedback were not deductible business expenses—and that the amounts should be taxable to Feedback as income.  Among other things, the IRS pointed to the fact that a significant amount of the premiums paid to Feedback were directly or indirectly distributed or loaned back to the Avrahamis and that Feedback had not paid out any claims prior to the IRS audit of the arrangement.  The Service also argued that the types of risks that were insured—which included risks of litigation, terrorism, and additional taxes resulting from adverse IRS determinations—undermined the taxpayers’ claim that the arrangements were“insurance” for federal tax purposes.

The Tax Court, in a lengthy opinion, ultimately sided with the Commissioner, finding that premiums paid by the Avrahami entities to Feedback were not for “insurance” for federal tax purposes.  More specifically, it found that the arrangement failed to properly distribute risk and that Feedback was not selling insurance in the commonly accepted sense.  However, all was not lost for the taxpayer.  Although the IRS pressed for accuracy-related penalties under section 6662(a), the Tax Court refused to impose such penalties to the extent that the tax underpayments resulted from the court disallowing a deduction for the premiums paid to Feedback.

The Avrahami decision was the first published micro-captive decision.  While the case is likely to be appealed, it provides a working road map for micro-captive compliance.  Indeed, those involved in current and future micro-captive arrangements should read and follow the opinion carefully.  It may also be the first in a line of cases to come.  There are several similar cases still working their way through the Tax Court pipeline that may refine and further flesh out the teachings of Avrahami.  So stay tuned for more.

As published by Jason B. Freeman in Today’s CPA Magazine.

For more Insights on this topic, see The IRS and Captive Insurance Arrangements and The Tax Court Deals a Blow to “Micro-Captive” Insurance Company.