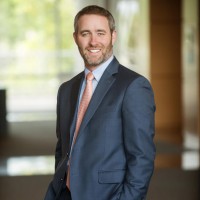 For a link to our podcast covering this week’s Tax Court in Brief, download here or check out other episodes of The Freeman Law Project.

Key Issue:  Whether Appeals abused its discretion in sustaining the proposed levy.

Insight:  As the Nesbitt case shows, Appeals does not abuse its discretion and can sustain a proposed IRS collection action if a taxpayer fails to provide requested financial information and is not in compliance with prior year tax obligations.

Short Summary:  The IRS disallowed Taxpayer’s withholding credits of $7,856.  In conjunction with the disallowance, the IRS issued a notice of deficiency for 2017 of “$.00.”  Although the notice erroneously referred to adjusting Taxpayer’s earned income tax credit, Taxpayer had not claimed the earned income tax credit on his return.  After Taxpayer filed a petition with the Tax Court, the IRS moved to dismiss the case for lack of jurisdiction under I.R.C. § 6213.  On these facts, the Tax Court granted the IRS’ motion.

Key Issue:  Whether the Tax Court has jurisdiction to redetermine an adjustment to withholding credits under I.R.C. § 31.

Insight:  The Pope case demonstrates the fundamental principle that the Tax Court is a court of limited jurisdiction.  Its jurisdiction is therefore limited to that expressly provided by Congress.

Short Summary:  Taxpayer and her late husband, MS, had entered into a premarital agreement in which MS agreed to be liable for any and all taxes, interest, penalties and other costs related to taxes incurred during the marriage excluding certain income generated by the separate property of the Taxpayer or income generated directly by Taxpayer’s efforts during the marriage.  Taxpayer and MS filed a joint income tax return for 2005, which reported an overpayment and which was applied to their 2006 tax year.  In addition, for 2006 and 2007, MS sent the IRS checks from a trust in which he was trustee, which had correspondence providing Taxpayer and MS’s name and Social Security Numbers.

In 2007, a Nevada court entered a divorce decree, dissolving the marriage between MS and Taxpayer.  Thereafter, MS made an additional extension tax payment with respect to his 2006 return.  During the divorce proceedings, MS had made several filings with the divorce court requesting Taxpayer “pay her portion of the parties’ 2006 taxes.”

For the 2006 tax year, Taxpayer filed her own income tax return, claiming, as amended, a filing status of married filing separately.  In addition, the return claimed credits equal to half of: (1) the overpayment shown on the 2005 joint return she filed with MS; (2) the estimated payments MS made in 2006 and 2007; and (3) the extension payment MS made in 2007.

The IRS filed a Notice of Federal Tax Lien against Taxpayer for her 2006 tax year.  In response, Taxpayer filed a CDP hearing request, and Taxpayer and the IRS executed a Form 12257, Summary Notice of Determination, Waiver of Right to Judicial Review of a Collection Due Process Determination, and Waiver of Suspension of Levy Action (the “2012 Summary Notice”).  In the 2012 Summary Notice, it indicated that Appeals had determined that Campus had inappropriately transferred credits back to Taxpayer’s deceased husband’s taxes for the same year.  In addition, the 2012 Summary Notice determined that “the correct resolution is to credit the taxpayer with these amounts.”

In response to the 2012 Summary Notice determination, MS’s estate claimed entitlement to the credits and sought the assistance of the Taxpayer Advocate Service (TAS).  TAS received advice from IRS counsel, which supported the claim of MS’s estate.  Appeals concluded that the determination in the 2014 Summary Notice was erroneous and offered Taxpayer a “continuation” of the CDP hearing concerning the levy notice.

The continuation hearing was held in 2016.  At the CDP hearing, Taxpayer did not raise any collection alternatives.  Rather, Taxpayer reiterated her claim that she was entitled to the credits for 2006.

Appeals issued a notice of determination concluding that Taxpayer’s and MS’s 2005 joint overpayment should be allocated entirely to MS in accordance with the premarital agreement.  In addition, Appeals determined that MS was entitled to credit for the estimated tax payments in 2006 and 2007 in addition to the extension payment MS made in 2007.  The stated basis was Appeals’ determination that MS intended those payments to have been made for his own account.

Key Issue:  Whether Appeals abused its discretion in sustaining a proposed levy.

Short Summary:  Petitioner sought review of the IRS Whistleblower Office’s decision to deny a whistleblower award for an alleged understatement by a chapter 7 bankruptcy trustee of the bankruptcy estate’s tax liability.  The Tax Court granted summary judgment against the Petitioner.

Key Issue:  Whether the IRS Whistleblower Office’s determinations to reject and deny Petitioners respective whistleblower claims was an “abuse of discretion?”

Insight:  The Frantz case illustrates the need for a whistleblower to prepare a thorough whistleblower claim that provides the IRS with specific, credible information and documentation and otherwise satisfies the criteria to trigger a whistleblower award.  The case further demonstrates the deference that is accorded to the IRS under the abuse-of-discretion standard of review.

Short Summary:  After the IRS selected the Petitioner’s tax return for audit and proposed to disallow all “other” expenses on Schedule C, the Petitioner hand-delivered a check to the IRS revenue officer along with a letter stating that he “disagree[d] completely with [her] determination.”  After exercising appeal rights, the Petitioner wrote a letter to the IRS appeals officer referencing his prior submission of a check and stating that “I made it crystal clear that this payment was made in protest, and that I completely disagreed with the IRS determination.”  The evidence shows that the IRS received the remittance and recorded it as an “[a]dvance payment of tax owed” with transaction code 640.  The IRS issued a notice of deficiency.  While the IRS moved to dismiss the case for lack of jurisdiction, the Tax Court held that because, in light of the surrounding facts, the payment was a deposit, rather than a payment, there was a deficiency and the Tax Court had jurisdiction.

Key Issue:  Whether Petitioner’s remittance, which was made before the mailing of the IRS’s notice of deficiency, deprived the Tax Court of jurisdiction?

The IRS contended that the notice of deficiency was invalid because the Petitioner’s remittance extinguished the tax deficiency before the notice was issued.  Petitioners, on the other hand, argued that the remittance was not a payment, but rather a deposit, which would preserve their right to petition the court under Rev. Proc. 2005-18, sec. 4.02(2), 2005-1 C.B. 798, 799.

Insight:  The Peacock case illustrates an important distinction between a “payment” and a “deposit” of a tax.  The submission of a check to the IRS in a manner that does not comply with Rev. Proc. 2005-18 may constitute a “payment,” rather than a deposit, and deprive the Tax Court of deficiency jurisdiction.  Notably, the court found the IRM to be persuasive authority supporting the Petitioner’s position that the submission was a “deposit.”

Short Summary:  The IRS issued substitutes for return (SFRs) for 2011, 2012, and 2013 pursuant to sec. 6020(b)(1).  Thereafter, the Petitioner filed returns in which he claimed deductions from partnerships and S corporations.  The parties entered into several stipulations, one of which appeared to result in a duplication of income.  The Tax Court modified that stipulation to eliminate the double counting, and allowed some unsubstantiated deductions under the Cohan rule.

Insight:  The case demonstrates the usefulness of the Cohan rule, a rule with deep precedential roots that provides authority for estimating, in some circumstances, a taxpayer’s deductible expenses where a taxpayer cannot fully substantiate the expenses.  The case further demonstrates the perils of the Tax Court’s stipulation procedures.

Key Issue:  Whether the Taxpayer substantiated all of the deductions he claimed on Schedule F and Schedule A of his income tax returns.

Insight:  The Serrano decision shows how difficult it can be for taxpayers to meet their burden of proof on issues of substantiation.  With respect to I.R.C. § 274(d) expenses (travel, meals and entertainment, etc.), this burden can be even more difficult to meet.  At trial, taxpayers should ensure they have documentary or other proof to provide to the Court to permit the Court at least some basis to find that the taxpayer did, in fact, pay or incur deductible expenses.  Ideally, taxpayers would maintain all of their documentary proof to substantiate their expenses, but as the Serrano decision illustrates, we do not live in an ideal world.