Forget Uncle Sam—Watch Out for the Texas Comptroller! 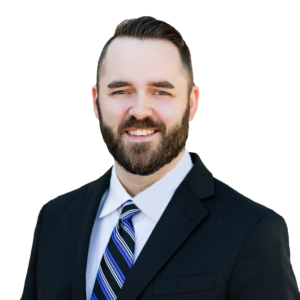 Forget Uncle Sam—Watch Out for the Texas Comptroller!

Many taxpayers have been affected by the COVID-19 pandemic. In the business sector, many small business taxpayers were forced to seek loans under the Paycheck Protection Program (“PPP”) in an effort to navigate the crisis’ effect on their businesses and employees. Moreover, taxpayers can literally trip over the amount of guidance, legislation, and information circulating (and changing) in the ether with respect to the use and forgiveness of their PPP loans. The largely unanswered question has been this—how will the various tax agencies treat PPP loans that are forgiven and/or the expenses paid or incurred as a result of the PPP loans? While taxpayers may have more clarity from the federal government, it is still unclear how Texas will answer that question.

The U.S. Congress recently clarified the tax treatment (for federal purposes) of PPP loan forgiveness and the deductibility of related business expenses. This past year has seen a relative evolution in the tax treatment of these unique items. Recently, the Internal Revenue Service issued Revenue Ruling 2020-27. That revenue ruling attempted to address the issue of whether a taxpayer that received a PPP loan could then deduct expenses that it paid during the year if it “reasonably expected” to receive forgiveness of the PPP loan. Simply put, taxpayers would not receive a tax deduction for such expenses. For more information on Revenue Ruling 2020-27, see the following Insight Blog: Treasury Warns Against Taking Deductions Related to PPP Funds.[1]

At the eleventh hour of 2020, the federal government enacted the Consolidated Appropriations Act—both the U.S. House of Representatives and the U.S. Senate passed the bill on December 21, 2020, and former President Trump signed the bill on December 27, 2020.[2] Among its provisions, the relief bill provided clarity with respect to the federal tax treatment of PPP loans:

(1) no amount shall be included in the gross income of a borrower by reason of forgiveness of indebtedness described in section 1109(d)(2)(D) of the CARES Act,

Across the country states have been grappling with the state tax consequences of PPP loans and related business activities. Put simply, there has been much uncertainty. Currently, in Texas, the franchise tax may be looming over taxpayers for the 2021 filing season. Texas still needs to act (and act quickly) with respect to the same questions recently addressed by the federal government.

The pertinent language of the bills states, in part:

(y)  Total revenue does not include any amount of loan forgiven under the Paycheck Protection Program, as provided for under section 1106 of the Coronavirus Aid, Relief, and Economic Security Act, as amended by the Paycheck Protection Program Flexibility Act. Qualifying expenses paid with such loan proceeds may be included in the determination of cost of goods sold under Section 171.1012 or in the determination of compensation under Section 171.1013.[5]

Further, the bills make clear that while the amendment generally takes effect September 1, 2021, the amendment to Section 171.1011 only applies to Texas franchise tax reports originally due on or after January 1, 2021.[6]

Notably, the recently introduced bills by Representative Geren and Senator Hancock create relative parity between the federal government and the Texas government—at least with respect to their treatment of forgiven PPP loans and related business deductions. Those bills, if passed, will prevent a potential whipsaw to Texas taxpayers—particularly small business owners. Those mom-and-pop shops may breathe a sigh of relief with federal tax deadlines quickly approaching. However, those same businesses should keep an eye out on the Texas Comptroller until May 15th. Uncle Sam may not be the problem on this issue, but the Texas Comptroller might be!

[4] Granted, there are notable exceptions and adjustments to the figures reported on the federal tax return (e.g., bad debt expense).