Fines and Penalties and Payments, Oh My! — The New Section 162(f) 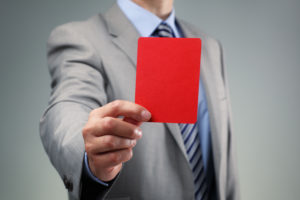 Section 162 of the Internal Revenue Code outlines trade or business expenses that may be deductible over the course of a taxable year. In particular, before recent tax reform, Section 162(f) foreclosed the possibility of deducting any “fine or similar penalty” paid to the government for violation of any law. Regulations and case law provided some clarification of the scope of the phrase. Now, after the enactment of the Tax Cut & Jobs Act of 2017, taxpayers may be able to deduct certain fines and penalties if they meet specific requirements under the updated statute. It should be noted, however, that there are implementation delays regarding the expanded provisions under Section 162(f).

Prior to the enactment of the Tax Cuts and Jobs Acts of 2017,[1] Section 162(f) stated: “Fines and penalties. No deduction shall be allowed under subsection (a) for any fine or similar penalty paid to a government for the violation of any law.”[2]

(1)  In general. Except as provided in the following paragraphs of this subsection, no deduction otherwise allowable shall be allowed under this chapter for any amount paid or incurred (whether by suit, agreement, or otherwise) to, or at the direction of, a government or governmental entity in relation to the violation of any law or the investigation or inquiry by such government or entity into the potential violation of any law.

(2)  Exception for amounts constituting restitution or paid to come into compliance with law.

(A)  In general. Paragraph (1) shall not apply to any amount that–

(i)  the taxpayer establishes–

(II)  is paid to come into compliance with any law which was violated or otherwise involved in the investigation or inquiry described in paragraph (1),

(ii)  is identified as restitution or as an amount paid to come into compliance with such law, as the case may be, in the court order or settlement agreement, and

(iii)  in the case of any amount of restitution for failure to pay any tax imposed under this title in the same manner as if such amount were such tax, would have been allowed as a deduction under this chapter if it had been timely paid. The identification under clause (ii) alone shall not be sufficient to make the establishment required under clause (i).

(B)  Limitation. Subparagraph (A) shall not apply to any amount paid or incurred as reimbursement to the government or entity for the costs of any investigation or litigation.

(3)  Exception for amounts paid or incurred as the result of certain court orders. Paragraph (1) shall not apply to any amount paid or incurred by reason of any order of a court in a suit in which no government or governmental entity is a party.

(4)  Exception for taxes due. Paragraph (1) shall not apply to any amount paid or incurred as taxes due.

(A)  Any nongovernmental entity which exercises self-regulatory powers (including imposing sanctions) in connection with a qualified board or exchange (as defined in section 1256(g)(7) [26 USCS § 1256(g)(7)]).

(B)  To the extent provided in regulations, any nongovernmental entity which exercises self-regulatory powers (including imposing sanctions) as part of performing an essential governmental function.[3]

Under the new statute, Section 162(f) now expressly allows deductions for payments to (or at the direction of) a government in two main cases: (1) amounts that constitute restitution, or (2) amounts that are paid to come into compliance with a law.[4] Further, Section 162(f) does not apply to amounts paid related to suits between private parties, and it does not apply to tax payments made to the IRS.[5]

The amended Section 162(f) and Section 6050X took effect on December 22, 2017. However, due to a lack of guidance and the necessity of regulations, certain provisions will be delayed before implementation. Per Notice 2018-23, a number of government officials and the IRS require additional time to implement the provisions of Section 6050X.[8] As a result, the information reporting requirements will be implemented no earlier than January 1, 2019, and not until a date is specified in the regulations.[9]

Further, additional guidance is needed related to the identification requirement of Section 162(f)(2)(A)(ii). The requirement that any amount paid should be identified as restitution or as an amount paid to come into compliance with any law in a court order or settlement agreement applies to amounts paid or incurred on or after December 22, 2017.[10] Those entering into relevant settlements should, therefore, consult with tax counsel to ensure that any settlement is structured in the most tax-efficient manner possible. In addition, until proposed regulations are issued, the identification requirement under Section 162(f)(2)(A)(ii) will be treated as satisfied if “the settlement agreement or court order specifically states on its face that the amount is restitution, remediation, or for coming into compliance with the law.”[11]

Section 162(f) now provides a deduction for amounts paid that constitute restitution or amounts that are paid to come in compliance with any law. This statute now operates in conjunction with Section 6050X, which mandates information reporting from the appropriate government official of a government entity involved in a suit or agreement with the taxpayer. While the Tax Cuts and Jobs Acts of 2017 will take time to completely implement, the current transition period will remain until proposed regulations are finally issued. Until that time, the Treasury Department and IRS request that the general public submit comments by May 18, 2018.

[10]Id.at *8 (However, there is an exception to the identification requirement for amounts “paid or incurred under any binding order or agreement entered into before [December 22, 2017].).