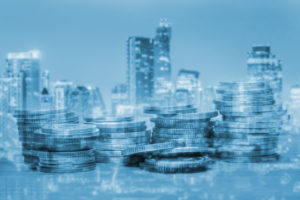 The Treasury Department’s Financial Crimes Enforcement Network (“FinCEN”) recently announced an automatic extension of the due date for FinCEN Form 114, Report of Foreign Bank and Financial Accounts (also known as an “FBAR”), that will apply for the 2017 filing season (and, without further notice, to future years).

Under section 2006(b)(11) of the Surface Transportation and Veterans Health Care Choice Improvement Act of 2015, Public Law 114-41 (the Act), the FBAR due date was changed to April 15 to coincide with the Federal income tax filing season.  (Historically, that deadline has been June 30.)  The change takes effect in the 2017 filing season.  The Act also provided for a maximum six-month extension of the filing deadline.

In order to implement the new changes, FinCEN made the following announcement:

To implement the statute with minimal burden to the public and FinCEN, FinCEN will grant filers failing to meet the FBAR annual due date of April 15 an automatic extension to October 15 each year. Accordingly, specific requests for this extension are not required.

FBAR filings have been on the rise in recent years, thanks in part to a number of factors, including implementation of the Foreign Account Tax Compliance Act (“FATCA”), the Offshore Voluntary Discosure Program (“OVDP”), and an overall greater awareness of FBAR reporting obligations.  In 2015, FinCEN received a record high number of FBARs, and according to FinCEN data, FBAR filings have increased an average of 17 percent per year during the last five years.