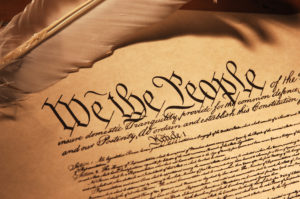 How the Fifth Amendment Works

A recent decision by the Second Circuit Court of Appeals in United States v. Greenfield demonstrates that the Fifth Amendment’s privilege is alive and well in the context of government demands for foreign bank records.  The case arose in the context of an IRS summons seeking a taxpayer/defendant’s foreign bank account records.  The defendant, in refusing to comply with the summons, invoked his Fifth Amendment privilege against self-incrimination—specifically, the act-of-production privilege, which allows a defendant to refuse to produce documents when the “act of producing” those documents would tacitly admit or acknowledge the existence of the documents, the defendant’s possession or control of them, or their authenticity.  The government, in response, invoked the “foregone conclusion”-doctrine, arguing that (1) the existence of the documents, (2) the taxpayer’s possession or control of the documents, and (3) the authenticity of the documents were all a foregone conclusion—and therefore, under established case law, the Fifth Amendment privilege was not applicable.

Let’s start by putting the case in the proper factual and historic context.  As the circuit court explained, the case arose out of the “global tax scandal” that ensued following a Liechtenstein-based document leak dating back to 2008:

[I]n February 2008[,] an employee of Liechtenstein Global Trust (“LGT”), a private financial institution owned by the royal family of Liechtenstein, leaked thousands of documents from accounts held at LGT.  S. Hrg. No. 110-614, at 2 (2008). Many of the individuals involved in the accounts had never disclosed the existence of these accounts (or the assets there held) to their domestic tax authorities. Th[is] . . . set off a wave of enforcement actions across Europe, and [the employee] went into hiding after being charged with theft of information under Liechtenstein law.

The court, in framing the contextual significance of the case, set the tone in the opening words of the opinion:

A remarkable amount of American wealth is held offshore, often in an effort to evade taxation. One recent study estimated that $1.2 trillion—some four percent of this nation’s wealth—is held offshore and that this results in an annual loss in tax revenue of $35 billion. . . . Such lost income diminishes the Treasury and exacerbates problems of inequality since, generally, only the wealthiest of individuals can take advantage of foreign tax havens.

But after recognizing the significance of the offshore tax evasion problem, the court warned against allowing the threat of such exigencies to justify making inroads on longstanding constitutional principles like the privilege against self-incrimination: “The need to curtail tax evasion, however pressing, nevertheless cannot warrant the erosion of protections that the Constitution gives to all individuals, including those suspected of hiding assets offshore.”

The following case summary lays out the relevant facts and the heart of the legal dispute quite nicely:

Defendant-Appellant Steven Greenfield was implicated in tax evasion after a leak of documents from a Liechtenstein financial institution revealed connections to previously undisclosed, offshore bank accounts. Years after the leak, the Internal Revenue Service issued a summons for an expansive set of Greenfield’s financial and non-financial records, including those pertaining to the offshore accounts referenced in the leak. Greenfield refused to comply with the summons, and the Government sought enforcement in the Southern District of New York (Hellerstein, J.). Greenfield opposed enforcement and moved to quash the summons, inter alia, on the basis that the compelled production of the documents would violate his Fifth Amendment right against self-incrimination. The District Court granted enforcement for a subset of the requested documents under the foregone-conclusion doctrine set out in Fisher v. United States, 425 U.S. 391 (1976). [The appellate court, however] conclude[d] that the Government has failed to establish that it [wa]s a foregone conclusion that the requisite exercise, control, and authenticity of the documents existed as of time of the issuance of the summons.

What is the “Foregone Conclusion?”

The case, in other words, explored the “foregone conclusion” exception to the so-called act-of-production privilege.  Under that doctrine, where the act of producing documents would not convey any testimonial aspects—because, for example, the existence or location of the documents are a foregone conclusion—the act-of-production doctrine (i.e., the privilege) does not apply.

By way of background, the Fifth Amendment provides that “[n]o person . . . shall be compelled in any criminal case to be a witness against himself.” U.S. Const. amend. 5. “To qualify for the Fifth Amendment privilege, a communication must be testimonial, incriminating, and compelled.” Hiibel v. Sixth Judicial Dist. Court of Nev., Humboldt Cty., 542 U.S. 177, 189 (2004).

Verbal testimony is not the only thing that is protected by the privilege.  In some circumstances, the privilege also protects against being compelled to produce documents where the act of producing the documents would tacitly concede the existence of the documents, or their possession or control by the defendant, or even the authenticity of the documents.  Fisher v. United States, 425 U.S. 391 (1976) sets out the framework for applying the Fifth Amendment’s act-of-production privilege.  There, the Supreme Court recognized that where the compelled production of documents would be testimonial and incriminatory, the Fifth Amendment privilege applies.  However, in the same breath, the Court set out some limits on this principle:  where “[t]he existence and location of the [documents are] a foregone conclusion,” the privilege does not apply. Id. at 411. That is, where communicative elements are missing—for example, where (1) the existence of the documents, (2) the taxpayer’s possession or control of the documents and (3) the authenticity of the documents are a “foregone conclusion”—the issue morphs into a “question . . . not of testimony but of surrender.” Id. (quoting In re Harris, 221 U.S. 274, 279 (1911)).

Against this precedential background, the Greenfield court framed the immediate legal issue for decision in a mere sentence:

One other interesting and subtle aspect of the court’s opinion was crouched in footnote 6.  There, the court noted, almost in passing, that the documents sought in the government’s summons did not fall under the “required records” exception to the act-of-production doctrine—the so-called required records doctrine.  Id. at n. 6.  The reason?  The documents sought fell outside the five-year window during which the Bank Secrecy Act and its regulations generally require a person to maintain bank records.  As the court succinctly stated its position:

the Government can require an individual to produce documents related to foreign bank accounts maintained pursuant to the Bank Secrecy Act (“BSA”) and its implementing regulations, see 31 C.F.R. § 1010.420, without violating an individual’s right against self-incrimination under the Fifth Amendment . . . . The Summons in this case, however, seeks documents that fall outside the five-year period under the BSA during which an individual is required to maintain documents by law.

This footnote made clear an important and practical limit on the government’s ability to use the required records doctrine.

Thus, the Greenfield court, in reaching a defendant-friendly outcome, ultimately rejected the government’s plea to find that the Fifth Amendment’s act-of-production privilege did not protect a taxpayer from being compelled to produce foreign bank and tax records going back more than a decade.