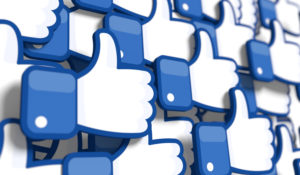 Facebook, Inc. is under an IRS audit that could result in Facebook owing an estimated $3-5 billion, according to disclosures made by the company in its recent quarterly report filed with the Securities and Exchange Commission.  The IRS is challenging the company’s transfer pricing arrangement with its foreign subsidiaries.  Facebook, whose 2008 through 2013 tax years are currently under audit, recently refused to comply with several IRS summonses that were issued in connection with that audit.  When Facebook initially refused to comply with the government-issued summonses, the Department of Justice stepped in and sued Facebook, requesting that a district judge order the company to comply.  On August 10th, a district judge for the U.S. District Court for the Northern District of California issued an order taking the first steps in that process, requiring Facebook to appear in court and demonstrate why the court should not compel it to comply with the summonses.  The pending case is captioned United States v. Facebook Inc. and Subsidiaries (No. 3:16-cv-03777).

The IRS is challenging Facebook’s transfer pricing arrangement with its foreign subsidiaries.  Particularly, the IRS is challenging the value of intellectual property transferred by Facebook in 2010 to its Irish subsidiary, alleging that Facebook undervalued the intangible property by billions, allowing it to shift income away from the U.S. (a high-tax jurisdiction) to Ireland (a low-tax jurisdiction).

According to Facebook’s most recent quarterly report (available here), if the IRS prevails in its tax position, it could cost Facebook an estimated $3–5 billion.  Facebook provided the following excerpted note in its quarterly report filed with the SEC:

We are subject to taxation in the United States and various other state and foreign jurisdictions. The material jurisdictions in which we are subject to potential examination include the United States and Ireland. We are under examination by the Internal Revenue Service (IRS) for our 2008 through 2013 tax years. . . . On July 27, 2016, we received a Statutory Notice of Deficiency (Notice) from the IRS relating to transfer pricing with our foreign subsidiaries in conjunction with the examination of the 2010 tax year. While the Notice applies only to the 2010 tax year, the IRS states that it will also apply its position for tax years subsequent to 2010, which, if the IRS prevails in its position, could result in an additional federal tax liability of an estimated aggregate amount of approximately $3.0 – $5.0 billion, plus interest and any penalties asserted. We do not agree with the position of the IRS and will file a petition in the United States Tax Court challenging the Notice. If the IRS prevails in the assessment of additional tax due based on its position, the assessed tax, interest and penalties, if any, could have a material adverse impact on our financial position, results of operations or cash flows.

Facebook, a U.S. company, established its international headquarters in Dublin, Ireland.  The company is not alone in moving its international headquarters overseas—many large companies have taken similar steps and have substantial financial and tax incentives for doing so.  Ireland boasts a much lower corporate tax rate than the United States: 12.5% versus 35%.  The general idea is that companies that are able to move tax-generating income to countries like Ireland are able to save substantial amounts of tax by sourcing that income in the low-tax country.

Some of the summonses issued by the IRS seek to find out information about Facebook’s decision to make Dublin its international headquarters and its valuation of intellectual property transferred to its Irish subsidiary.  The tax litigation could have a major impact—to the tune of billions of dollars—on Facebook’s future cash flows and financial reporting.

Need help with tax issues?  Contact us as soon as possible to discuss your rights and the ways we can assist in your defense. We handle all types of cases, including complex international & offshore tax compliance.  Schedule a Consultation Today!