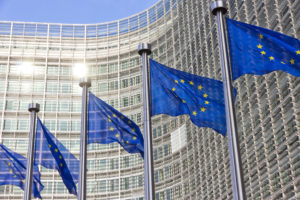 The European Commission recently ordered Ireland to recover a record-breaking sum from Apple—over 13 billion euros—for what it believes was illegal state aid.  The Commission, following a years-long state-aid investigation, determined that Ireland provided Apple with improper state aid in the form of tax benefits through tax rulings dating back to 1991 that, it claims, artificially lowered Apple’s taxable profits.  The Commission determined that the tax benefits were illegal under EU state-aid rules, giving Apple an improper advantage over other EU businesses.

The EC’s ruling specifically found that the tax benefits at issue were in breach of Article 107(1) of the Treaty on the Functioning of the European Union (TFEU), which provides that:

any aid granted by a Member State or through State resources in any form whatsoever which distorts or threatens to distort competition by favoring certain undertakings or the production of certain goods shall, in so far as it affects trade between Member States, be incompatible with the internal market.

Consolidated Version of the Treaty on the Functioning of the European Union art. 107(1), 2016 O.J. C 202/47. The State aid rules are designed to “ensure that the functioning of [the] internal [EU] market is not distorted by anticompetitive behavior . . . favouring some actors to the detriment of others.” Commission Communication COM/2012/209, EU State Aid Modernisation (SAM), ¶ 2 (May 8, 2012).

According to the Commission, the tax rulings that were issued to Apple have “substantially and artificially lowered the tax paid by Apple in Ireland since 1991.” The Commission, which has the authority to order recovery of illegal state aid going back ten years from the Commission’s first request for information (which took place in 2013), ordered Ireland to recover unpaid taxes from Apple for the years 2003 to 2014.

According to the EC’s order:

The [tax] rulings endorsed a way to establish the taxable profits for two Irish incorporated companies of the Apple group (Apple Sales International and Apple Operations Europe), which did not correspond to economic reality: almost all sales profits recorded by the two companies were internally attributed to a “head office”. The Commission’s assessment showed that these “head offices” existed only on paper and could not have generated such profits. These profits allocated to the “head offices” were not subject to tax in any country under specific provisions of the Irish tax law, which are no longer in force. As a result of the allocation method endorsed in the tax rulings, Apple only paid an effective corporate tax rate that declined from 1% in 2003 to 0.005% in 2014 on the profits of Apple Sales International.

The Commission’s investigation into Ireland and Apple is not a new phenomenon.  It has been actively investigating the tax ruling practices of its member states since June 2013.  In October 2015, for instance, the Commission found that Luxembourg and the Netherlands had improperly granted selective tax advantages to Fiat and Starbucks.  And in January 2016, it announced that Belgium had improperly granted selective tax benefits to least 35 multinationals, mainly from the EU, under its “excess profit” tax scheme. The Commission also has two ongoing investigations into tax rulings by Luxembourg with respect to Amazon and McDonald’s.

The Commission has received some pushback and criticism from U.S. parties, including the U.S. Treasury Department, for its ruling.  For instance, a report from the Tax Foundation cited the following collection of statements from Congressmen, mostly critical of the EC’s ruling:

Ongoing Reaction to European Apple/Ireland Decision: House Speaker Paul Ryan (R): “This decision is awful. Slamming a company with a giant tax bill — years after the fact — sends exactly the wrong message to job creators on both sides of the Atlantic.” Senator Carl Levin (D): “The royalties Apple collects for its overseas sales of products designed and developed in the U.S. should be taxed in the U.S. But Apple has avoided the billions of dollars of taxes it owes the U.S. by transferring its intellectual property to itself in Ireland.” Senator Chuck Schumer (D): “The European Union is going to grab this money, instead of the U.S. It’s a big signpost here for us. Let’s get moving.” House Ways and Means Chairman Kevin Brady (R): “The European Commission’s decision is a predatory and naked tax grab…. This is occurring because our uncompetitive tax code strands American profits overseas instead of allowing businesses to bring those profits home to reinvest in our jobs, research, and growth.” (The New York Times / Committee on Ways and Means)

On May 21, 2013, the Permanent Subcommittee on Investigations (PSI) of the U.S. Senate Homeland Security and Government Affairs Committee will hold a hearing that is a continuation of a series of reviews conducted by the Subcommittee on how individual and corporate taxpayers are shifting billions of dollars offshore to avoid U.S. taxes. The hearing will examine how Apple Inc., a U.S. multinational corporation, has used a variety of offshore structures, arrangements, and transactions to shift billions of dollars in profits away from the United States and into Ireland, where Apple has negotiated a special corporate tax rate of less than two percent. One of Apple’s more unusual tactics has been to establish and direct substantial funds to offshore entities in Ireland, while claiming they are not tax residents of any jurisdiction. For example, Apple Inc. established an offshore subsidiary, Apple Operations International, which from 2009 to 2012 reported net income of $30 billion, but declined to declare any tax residence, filed no corporate income tax return, and paid no corporate income taxes to any national government for five years. A second Irish affiliate, Apple Sales International, received $74 billion in sales income over four years, but due in part to its alleged status as a non-tax resident, paid taxes on only a tiny fraction of that income.

At any rate, both Apple and Ireland intend to appeal the Commission’s ruling.  Stay tuned for more to come—on this case and on several others that will impact U.S.-based companies.