Doing Business With the IRS

ASK THE IRS TO ABATE PENALTIES – ALL THEY CAN SAY IS NO! 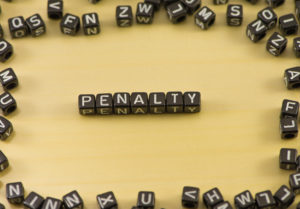 There are over 150 penalties in the Internal Revenue Code and many taxpayers are assessed penalties and never challenge them. The IRS may abate penalties, if the taxpayer requests them to be abated.  Penalties should be protested if there is belief that they have been assessed unfairly.

The IRS abates penalties if the taxpayer can show reasonable cause.  Here are some, but not all of the reasons penalties are abated:

Lack of funds is an acceptable reasonable cause for failure to pay any tax or make a deposit under the Federal Tax Deposit System only when a taxpayer can demonstrate the lack of funds occurred despite the exercise of ordinary business care and prudence.

Other explanations may be acceptable.

These examples do not contain all of the reasons that penalties are abated.   Each taxpayer’s case is determined individually, and therefore a request for abatement should be prepared with the taxpayer’s situation in mind.

Acceptable explanations of delinquency are not limited to the examples given above, since any reason for delinquency in filing or making deposits or payments which establish that the taxpayer exercised ordinary business care and prudence but was nevertheless unable to comply within the prescribed time will be accepted as reasonable cause.

In some cases where it is the first time a taxpayer has been assessed a penalty, the IRS will abate the penalty.