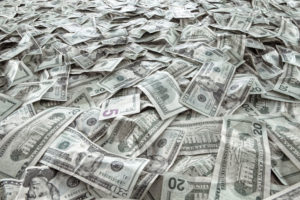 The Department of Justice issued a public warning to taxpayers on the eve of this year’s tax filing deadline: Tax fraud carries serious consequences.  In a press release highlighting its recent criminal tax enforcement efforts, the DOJ warned that taxpayers who attempt to violate the federal tax laws should think twice and may face prosecution, prison and monetary fines and restitution.

Below are a few excerpts from the release:

[T]here are taxpayers who attempt to evade paying their fair share of taxes, file false returns, fail to file returns or seek to obstruct the Internal Revenue Service (IRS)’s efforts to assess or collect monies that are due. The Justice Department’s Tax Division warns taxpayers who attempt to violate the federal tax laws that they face prosecution, jail, restitution and significant monetary penalties.

“Most Americans follow the tax law and rightfully expect that each of their fellow citizens will do the same,” said Acting Deputy Assistant Attorney General Stuart M. Goldberg of the Justice Department’s Tax Division. “Yet every year some taxpayers try to take a different path – they hide money offshore, declare only a small portion of their income, make up bogus deductions and lie to the IRS if they are caught. With this year’s filing deadline approaching, these taxpayers should stop, reverse course and simply pay what they owe. As the Justice Department’s recent criminal prosecutions make clear, the consequences for willful violations are severe: jail time and substantial monetary penalties.”

Over the past year, the Tax Division and the U.S. Attorney’s Offices have worked closely with the IRS and other law enforcement partners to enforce the nation’s tax laws fully, fairly and consistently through criminal investigations and prosecutions across the country, as evidenced by the sampling of recent convictions listed below. These enforcement efforts continue year-round.

Recent Prosecutions Involving the Use of Nominee Entities and Offshore Bank Accounts to Hide Assets and Income:

Recent Prosecutions of Attempts to Obstruct IRS Efforts to Assess and Collect Taxes: