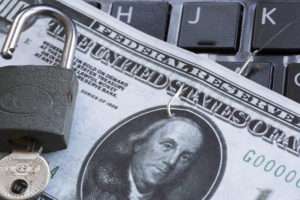 Last week, the Department of Justice announced “a series of major law enforcement actions against companies and individuals involved in mass-mailing schemes that have defrauded millions of Americans.” Here is a link to the statement.  The remarks announce a multi-agency initiative to bring administrative, civil and criminal actions against a number of companies and individuals to combat various mail fraud schemes.  Interestingly, a number of the schemes involve criminal charges against individuals outside of the United States and emphasize the global scope of the mail fraud schemes being targeted.  The announcement, made by the Attorney General, was issued in conjunction with the head of the Justice Department’s Civil Division, the U.S. Attorney for the Eastern District of New York, the Acting Director of the Treasury Department’s Office of Foreign Assets Control (OFAC), the Chief Postal Inspector, and the Associate Director of the Division of Marketing Practices at the Federal Trade Commission, emphasizing the multi-agency focus of the initiative.

Below are relevant excerpts from the DOJ announcement:

We are here today to announce a series of major law enforcement actions against companies and individuals involved in mass-mailing schemes that have defrauded millions of Americans.  The actions taken by the department and our agency partners include bringing criminal charges, filing civil injunction complaints, imposing economic sanctions, seizing criminal proceeds and executing search warrants.  These actions represent significant steps in the federal government’s ongoing efforts to protect the American people – especially the most vulnerable among us – from fraud and exploitation.

Each year, Americans receive tens of millions of fraudulent letters.  Many of the letters, for example, falsely claim that the recipient has won cash or valuable prizes.  In order to collect these benefits, the letters say, the recipient need only send in a small amount of money for a processing fee or taxes.  The perpetrators of these mass-mailing schemes target elderly individuals and those in vulnerable financial situations and their activities have cheated Americans out of hundreds of millions of dollars.  The fraud is massive in scale and global in scope, and it can be devastating on an individual level.

The schemes involve a complicated web of actors located across the world.  For example, the actions announced today include criminal charges and a civil injunction action against a Turkish resident whose direct-mail schemes defrauded U.S. victims out of more than $29 million; a seizure warrant against the bank account of a Canadian payment processor that laundered money for more than 100 mass-mailing fraud campaigns and an order designating the payment processor as a significant Transnational Criminal Organization; and a consent decree that would impose a permanent injunction against two so-called “caging services” in the Netherlands, which received and processed victim payments, and also tracked victims’ personal information.  The companies and individuals named in these actions operated different parts of mass-mailing fraud schemes in different parts of the world.  But they all acted with the same malicious intent: to take advantage of elderly individuals and other vulnerable citizens.

The actions announced today are the result of the tireless efforts from the men and women of the Civil Division’s Consumer Protection Branch; the U.S. Attorney’s Office for the Eastern District of New York; the Treasury Department; the U.S. Postal Inspection Service; and the Federal Trade Commission.  Together, we are deploying the full range of tools at our disposal – including administrative, civil and criminal actions – against those who commit fraud.  And in the days ahead, we will continue working together to protect the American people from exploitation.

A number of mail fraud-related actions are soon to come from the initiative.  Stay tuned for further developments.