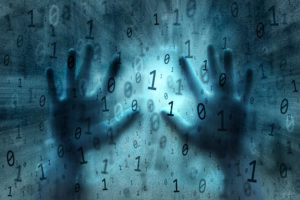 The Computer Fraud and Abuse Act (CFAA) criminalizes, among other things, the act of intentionally accessing a computer without authorization.  The CFAA, which is codified at 18 U.S.C. 1030, was originally enacted by Congress in 1986 to combat various forms of “computer crime.”  At that time, this was largely understood to cover “hacking or trespassing into computer systems or data.”  The act has since been expanded and amended multiple times, as legislators seek to keep pace with advancements in technology and ingenuity.

Conspiracies and attempts to commit these acts are also criminalized under CFAA law.  Federal law provides for potential imprisonment of up to 10 years for a violation of the CFAA and up to twenty years for a second offense.  The chart below summarizes the various subsections of Section 1030 (CFAA) and the corresponding sentences:

Civil Cause of Action

In some circumstances, the CFAA law also provides for a civil cause of action if a plaintiff can demonstrate the following:

18 U.S.C. § 1030(c)(4)(A); see also id. at § 1030(g).  Civil CFAA actions are on the rise, and can often provide strategic litigation advantages over related claims (such has misappropriation of trade secrets)—for instance, by providing for federal subject matter jurisdiction.

The CFAA is perhaps the most important—certainly the most comprehensive—federal statute governing computer crimes and violations.  It is the primary federal statute protecting computers and digital information from unauthorized intrusions.  As advancements in technology continue to open new doors and methods of computer intrusion, the use of the CFAA law and other criminal laws to combat computer intrusion will also continue to grow.

Accused of a computer crime?  Contact us as soon as possible to discuss your rights and the ways we can assist in your defense. We handle all types of cases, including complex computer fraud allegations. Schedule a Computer Fraud Defense Consultation Today!