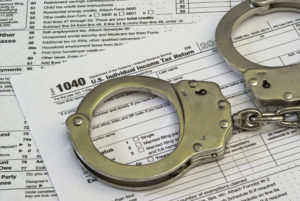 Typically, ignorance of the law is not a defense in our criminal justice system.  Under a long-standing legal fiction, defendants are, instead, presumed to know the law. However, the Supreme Court in Cheek v. U.S.  established that a lack-of-willfulness defense is generally available in the context of tax law—the so-called Cheek defense. Generally, tax crimes require that a defendant have “willfully” committed the crime.  The Cheek defense is applicable when a person is charged with a crime under the Internal Revenue Code.

Throughout the past 25 years, the holding from Cheek has been refined and interpreted by the lower courts. One of the limits to the Cheek defense is that it only applies to federal tax cases that are criminal proceedings. It is important to note that a Cheek defense is not technically a defense because the burden is not on the defendant to prove their good faith belief. The burden is on the prosecutor to prove willfulness—and proving willfulness technically negates a Cheek defense because it demonstrates that the defendant did not have a good faith belief that he was not violating any law or statute.

The second option to combat the willfulness element is for the defendant to testify. Defendants must be careful when testifying to support their good-faith belief. By testifying, the defendant waives his Fifth Amendment right not to self-incriminate. If the jury finds that the defendant acted willfully and did not have a good-faith belief, the possibility exists implicitly that a defendant could be viewed as having committed perjury. Perjury occurs when a person gives false testimony concerning a material matter with the willful intent to provide false testimony. Perjury can result in a sentence enhancement if the defendant is convicted. It is also a separate, standalone crime.