SEC: Virtual Tokens Issued in Blockchain-Based ICO’s may be “Securities”

SEC: Virtual Tokens Issued in Blockchain-Based ICO’s may be “Securities” 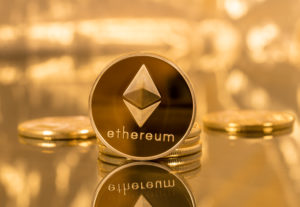 The Securities & Exchange Commission (“SEC”) recently issued a Report finding that DAO Tokens—digital, Ethereum-based tokens issued to investors—should be classified as securities under the Securities Act of 1933 (“Securities Act”) and the Securities Exchange Act of 1934 (“Exchange Act”).  The Report emphasizes the risks of emerging technologies and investor interfaces when it comes to compliance with federal securities laws.  The SEC’s report also likely signaled more stringent enforcement actions to come: “those who would use . . . distributed ledger or blockchain-enabled means for capital raising,” it warned, “[should] take appropriate steps to ensure compliance with the U.S. federal securities laws.”

Virtual organizations are increasingly using distributed ledger technology or blockchain to offer and sell instruments to raise capital.  These offers and sales have been referred to as “Initial Coin Offerings” or ICOs—a play on the acronym, IPO (“Initial Public Offering”).

The DAO, a Decentralized Autonomous Organization or “virtual organization,” offered and sold approximately 1.15 billion DAO Tokens in exchange for about 12 million Ether (“ETH”), a virtual currency used on the Ethereum Blockchain.  According to the SEC’s report:

The DAO was created . . . with the objective of operating as a for-profit entity that would create and hold a corpus of assets through the sale of DAO Tokens to investors, which assets would then be used to fund “projects.” The holders of DAO Tokens stood to share in the anticipated earnings from these projects as a return on their investment in DAO Tokens. In addition, DAO Token holders could monetize their investments in DAO Tokens by re-selling DAO Tokens on a number of web-based platforms (“Platforms”) that supported secondary trading in the DAO Tokens.

As a little background, conceptually, the DAO was intended to supplant traditional mechanisms of corporate governance and management with a blockchain such that contractual terms would be “formalized, automated and enforced using software.” It was intended to create a “crowdfunding contract” to raise “funds to grow [a] company in the crypto space” and to be “decentralized” in the sense that it would allow for voting by investors holding DAO Tokens. The DAO was also intended to be “autonomous” in that project proposals were in the form of smart contracts that exist on the Ethereum Blockchain and the votes were administered by the code of The DAO.

The SEC’s report makes clear that existing U.S. federal securities laws may apply to these types of new capital-raising paradigms.  Under the securities law, a “security,” as defined by Section 2(a)(1) of the Securities Act and Section 3(a)(10) of the Exchange Act, includes (among other things) “an investment contract.” See 15 U.S.C. §§ 77b-77c.  This phrase has been the subject of judicial interpretation and has been construed broadly under what has become known as the Howey Test.  An “investment contract” exists where there is an investment of money in a common enterprise with a reasonable expectation of profits to be derived from the entrepreneurial or managerial efforts of others. See SEC v. Edwards, 540 U.S. 389, 393 (2004); SEC v. W.J. Howey Co., 328 U.S. 293, 301 (1946).

As described by the SEC, investors in The DAO used ETH to make their investments, and DAO Tokens were received in exchange for ETH.  Such an investment, the SEC reasoned, is precisely the type of contribution that can create an investment contract. This is in line with the holding in SEC v. Shavers, No. 4:13-CV-416 (E.D. Tex. Sept. 18, 2014), which found that an investment of Bitcoin, a virtual currency, met the first prong of the Howey Test.

Emerging technologies, such as distributed ledger technology or blockchain, present a host of opportunities for investment, innovation, and economic growth.  Raising capital through vehicles such as Initial Coin Offerings provides innovative ways to fund companies and projects.  These technologies, however, may be subject to many of the regulatory regimes that govern more traditional modes of economic activity.  Those who utilize them should seek legal advice to ensure that they are compliant with governing regulatory rules.