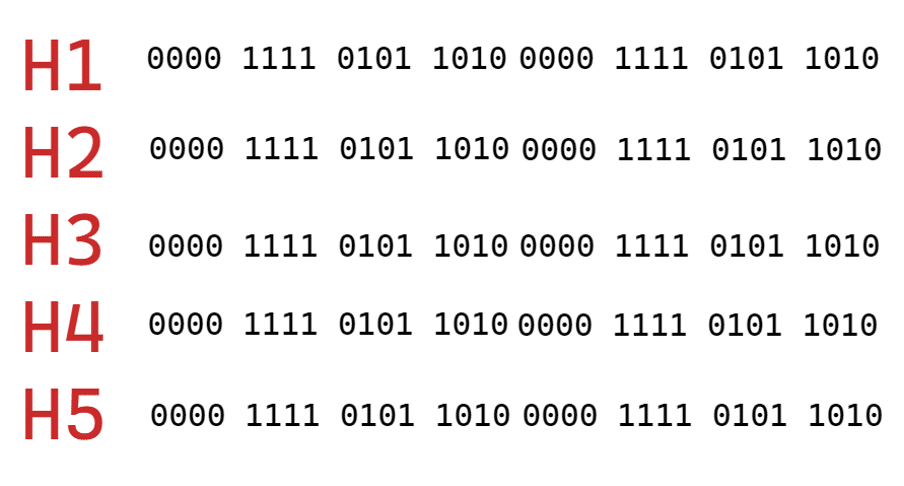 Cryptography is the art of protecting and securing communication from potentially malicious third parties. It protects users from data breaches and ensures that their information is accessible only by intended recipients. Cryptography converts information into a generally meaningless (though sometimes meaningful) code, preventing third parties from making sense of private messages.

This conversion follows certain pre-defined steps and procedures that are collectively called an algorithm. An algorithm is a set of finite steps or a sequence of instructions that aims to solve a specific problem. In cryptography, algorithms convert inputs of an arbitrary length into outputs of a fixed-length hash, a process called cryptographic hash algorithms (“CHAs”).

Message-Digest-5 (MD5) and Secure Hashing Algorithm-1 (SHA-1) are two of the most popular CHAs of their times. The numeric digit after their names represents the number of revisions previously made to the original algorithm they represent. Accordingly, MD5 is the fifth revision of the Message-Digest algorithm, which was designed by R.L. Rivest. SHA-1 is the first revision of the Secure Hashing Algorithm designed by the National Security Agency (“NSA”).

An overview of SHA-1

SHA-1 is a cryptographic hash algorithm designed by the NSA in 1995. Additionally, it is a digital signature algorithm. It produces a 160-bit long hash that was considered secure until 2017, when it was theoretically proven to be vulnerable to length extension attacks. Since then, SHA-1 is no longer considered secure and has been removed from the cryptographic hash function (“CHF”) category. However, it is still useful to understand SHA-1 and how it works.

The beauty of this CHA is that its hash will remain the same as long as the input does not change. Even the slightest change to the input will completely alter the hash. Moreover, the length of the hash does not depend on the size of its input. It remains the same for a regular .txt file, a short video, or a complete movie. But how exactly does SHA-1 generate a hash?

SHA-1 has a compression function responsible for generating a hash. The primary purpose of this compression function is to combine two fixed-length inputs in order to produce a single fixed-length output with the same size as one of the inputs. Initially, one of the inputs will be the default internal state of SHA-1, set to a 160-bit random value, which is five 32-bit words (4-byte) each.

Though the default value appears random, it is not. Actually, it was initialized by some constants, based on the pre-defined standards of this algorithm. The length of this default value determines the length of the hash in SHA-1, which is why the output hash generated by SHA-1 is 160 bits long. The second input is the message. The compression function takes the message in 512-bit blocks and keeps setting an internal state until the full message is processed.

The generation of a hash can be understood from the figure below.

In the example case, since the message is 512 bits long, the loop will run only once before providing its output hash. However, 80 rounds of SHA compression are performed for a single run of the loop to generate this output.

But why 80 rounds? Why not 50 or 100? The logical answer to this question underscores the balance between security and efficiency. The more rounds of SHA compression, the more security, but the lower the algorithm’s efficiency. Therefore, a balance must always be maintained between the number of rounds and security. Efficiency comes at the expense of security. The designers of SHA-1 decided on 80 rounds because it was considered effective against cryptanalytic attacks. Indeed, it is particularly effective in preventing differential cryptoanalysis attacks against hashes and block ciphers.

But what if the length of the message is not a multiple of 512?

Suppose that a message is 48 bits long, as shown below:

The message should end with a 64-bit representation of the original message; 48 is equal to 0000 11. Therefore, the 512-bit message would resulting in the following:

The message is then ready to be sent as an input for the compression function.

A quick overview of other CHAs

SHA-256 generates a 256-bit hash or a 64-digit hexadecimal code. It is considered the most suitable choice since MD5 and SHA-1 are no longer secure. However, it is less efficient than either MD5 or SHA-1.

This message-digest algorithm generates a 128-bit hash. It was initially developed for cryptographic purposes. However, its security was compromised long ago. But it is still useful to verify data integrity against unintentional corruption. It is now widely used for primarily non-cryptographic purposes.